The Power of Facing Uncertainty 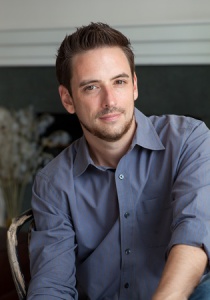 By Jamie Holmes, author of Nonsense: The Power of Not Knowing (Crown, 2015)

One of my favorite college professors once offered a bit of wisdom. The best moments in life, he told me, are those where you’re so challenged and engaged that you can feel your capacities growing in real time. In my own life, these periods—some of the most precious—have also been the most overwhelming and bizarre: moving to the south side of Chicago, being thrown into a German school at 11, or teaching high school in Romania. It always felt that I wasn’t so much living these experiences, as that they were somehow invading my life, disputing the way I saw the world, and changing me forever. For many students, freshman year feels that way. It certainly did for me.

Nonsense is about the psychology of these moments and experiences. It explores how our opinions change, or don’t, and how embracing uncertainty can make us more creative and even a bit more empathetic. It’s about how precious and yet how difficult to handle ambiguous experiences often are, and the intense emotions they evoke. If knowledge grows, as has been argued, like an island expanding in a sea of unknowns, Nonsense is focused on the dynamics of the shoreline. This stormy frontier is characterized by ambiguity, and it’s where stereotypes ossify or are broken, beliefs are challenged by counterevidence, and anomalies are recognized or carelessly dismissed. It’s where inventors search for clues and artists dig for fertile contradictions. Instead of portraying not knowing as an absence, the book tries to convey a different way to think about the blurry line where questions overlap with possible answers. Ambiguity isn’t a neutral deficiency, it shows, but it is rather a powerful stimulant: sometimes threatening; often useful. In the words of the psychologist Sidney D’Mello, “People come alive when the world breaks down.”

The final section of the book offers pointers on how students can better manage and accept uncertainty, which is fast becoming an essential skill in today’s job market. I’d be honored to share what I’ve learned with your students as part of your Freshman Experience Program. Reach me through JamieHolmesBooks.com to get started.

Click here to listen to an audio clip of Jamie Holmes’ Nonsense.

JAMIE HOLMES is a Future Tense Fellow at New America and a former Research Coordinator at Harvard University in the Department of Economics. He holds an M.I.A. from Columbia’s School of International and Public Affairs and his writing has appeared in The New Yorker, the New York Times, Slate, Politico, the Christian Science Monitor, The New Republic, The Atlantic, Foreign Policy, and the Daily Beast.com